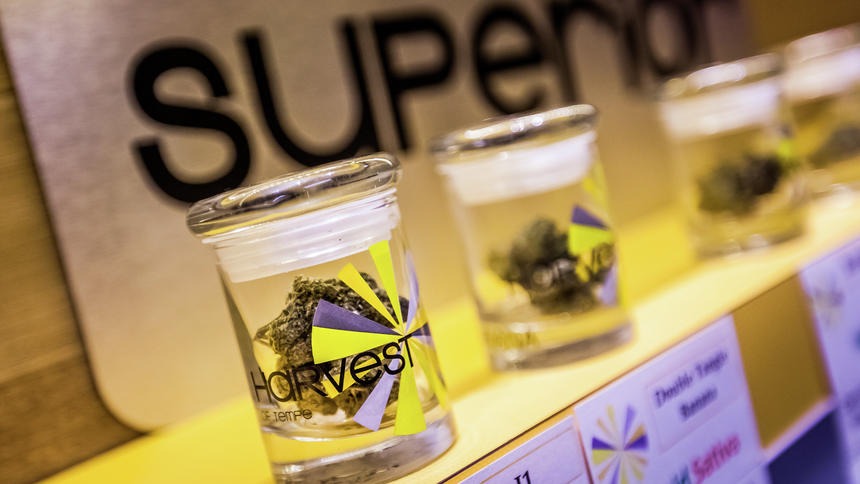 Two years of waiting for medical marijuana to be made available in North Dakota is almost over, and dispensaries are likely just months away from opening.

“We’re working with the state to open up as soon as possible,” Hale said. “I think it is fair to say we are looking at a few months down the road.”

There are a few more steps dispensaries must go through before they can open, including approval from city or county entities for planning and zoning. They also must wait for medical marijuana manufacturers in North Dakota to start producing medication before the products can be sold.

But the effort that started as a 2016 initiated measure to legalize medical marijuana is closer than it has ever been to becoming reality. North Dakotans approved the ballot measure with nearly two-thirds of the vote. Almost two years later, the health department began on Oct. 29 to accept applications for ID cards that will allow qualified patients to purchase the drug.

“Not only have our patients been waiting for this, but it gives them an alternative,” O’Keefe said. “It gives them a second choice if they meet the qualifications. Everybody likes options.”

About 130 residents have applied to become cardholders as of Wednesday, said Jason Wahl, director of the medical marijuana division at the health department. It’s possible those cards could be printed in December, he said. Once the process is running, it could take patients two to four weeks to receive their cards, he said.

The dispensaries and manufacturers are working on applications to obtain building permits from city and county governments, he said. Pure Dakota in Bismarck, one of two manufacturers chosen to produce medical marijuana, could start producing medicine in January, Wahl added.

“It is nice to be able to see the light at the end of the tunnel,” Wahl said. “We know that people have been waiting for an extended period of time … for the program to be up and running.”

Some have complained the process to put legislation in place to accommodate the sale, possession and use of medical marijuana has taken too long, but the industry is relatively new across the country, and states need to take their time to put regulations in place that will make access to the drug safe for patients, said Ben Kimbro, director of business strategy for Harvest Health and Recreation, which will open dispensaries in Williston and Bismarck.

“I would commend North Dakota on the way they have handled implementing the process,” Kimbro said.

North Dakota can have up to eight dispensaries, with the other four designated for within 50 miles of Minot, Dickinson, Jamestown and Devils Lake. The state can add more locations if needed.

Harvest started dispensing medical marijuana in 2011 in Arizona before growing to 50 licenses in 10 states. It hopes to open its North Dakota locations at 120 26th St. E. in Williston and 1207 Memorial Highway in Bismarck as soon as possible, though that likely will be months away, Kimbro said.

He said North Dakota took a very sensible and measured approach to developing the market that is going to provide “great benefit to North Dakotan patients.

“It’s the type of market where the regulatory environment is clear and understandable, and it’s a place where we know we have good testing regime in place,” he said. “That fits philosophically with us. We want to always provide a consistently high-quality and safe product to patients.”

Hale and O’Keefe declined to give the exact location of the Grand Forks dispensary but said it would open on the north side.

“It’s going to be very accessible for the patients in need,” Hale said. “We made sure we worked with the city to meet their requirements and also make sure we were close to public transportation as well.”

North Dakota legislators made information, including names, applications and locations, on dispensaries and manufacturers confidential when writing the medical marijuana law. Sen. Rich Wardner, R-Dickinson, told the Bismarck Tribune the privacy protects applicants and provides security and safety for the facilities.

Acreage North Dakota will be the fourth dispensary at 4302 13th Ave. S. in Fargo.

“At that point, we decided we would … coincide with state regulations in terms of any other restrictions the state placed on these types of facilities,” he said, noting the facilities can’t be within 1,000 feet of a school.

We-Mend will submit remodeling plans for its facility to the city since it is moving into an existing building, Gengler said. Once approved, the company can begin work.

Gengler also declined to disclose the address or application of the dispensary in Grand Forks, citing the medical marijuana confidentiality law.

Aaron Hall of East Grand Forks also has proposed opening a medical marijuana dispensary at 810 10th St. S.E. in Devils Lake, but the Health Department hasn’t opened the application period yet for that region, Wahl said.

Respect for the process

Employees will be trained and have to go through background checks, Hale said. Harvest will hire locally, Kimbro said.

Harvest also plans to have classrooms at its facilities to educate patients and host support groups for various illnesses, Kimbro said.

Hale said he believes the industry in North Dakota will grow, though he doesn’t know how large it will get. Wahl did not have an estimate on how many residents would apply for IDs.

“We know from various information from other states that the number of applications early on in this process would be slow,” Wahl said, adding the process needs time to work things out.

The health department has striven to make medical marijuana available to North Dakotans as soon as possible while making sure the industry is well-regulated and the public is safe, Wahl said.

The state has shown great leadership in making sure regulations are laid out clearly so medical marijuana can be distributed safely, Hale said.

“In our opinion, they have been very efficient to work with,” he said. “We have a lot of respect for them as far as what they’ve done and look forward to a continued, successful relationship.”

The urgency of meeting patient needs must be balanced with implementing a program that will be a success, Kimbro said.

“There are a number of other states that have kind of rushed to get their programs in place,” he said. “In each of those instances, it’s a disaster.”

North Dakota has taken the time to make sure its program is viable and will be safe for patients, Kimbro said, adding his company is excited to open its facilities in the state.

“We’re proud this is a part of expanding our footprint,” he said.